Dionisios Sturis was born in Greece, but grew up in Poland. He’s a documentary writer. After graduating from university, he moved to the Isle of Man to work in a shellfish factory, as many other Poles did back then. However, his story is different, because after a few years he left the island, returning to it regularly to work as a writer. This is when the book was born, a story about war, politics, Polish migration, ordinary everyday life, love, and death. It’s like reading about a big world being shrank into a tiny island. Fascinating. It somehow reminds me about Central Europe, where geopolitical, economic, and cultural ideas influence each other to create a pot of different flavours: important and trivial, grande and petit, global and local. It’s all so mixed up that it’s sometimes difficult to distinguish what’s important. Does it feel the same or similar on the Isle of Man? I don’t know. It’s probably a good question to be answered by the author himself. 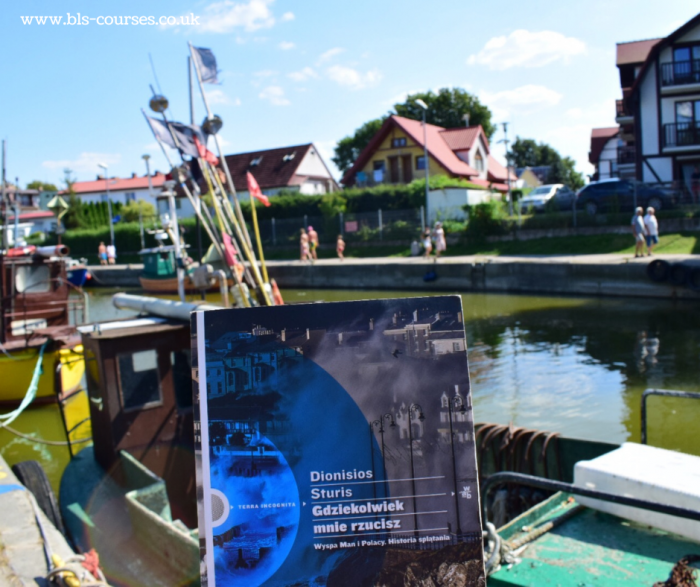 Do you read books in other languages? In which language(s)? Let me know in the comments below.