← Travelling Corner: How to afford all the travelling you want
Hygge. The Danish Art of Living. →

We’re living in the era of English being a global language; one may argue a lingua franca so to say. But what does this mean for learners, speakers and teachers of the English language? I find this subject fascinating and would like to share a few thoughts with you. 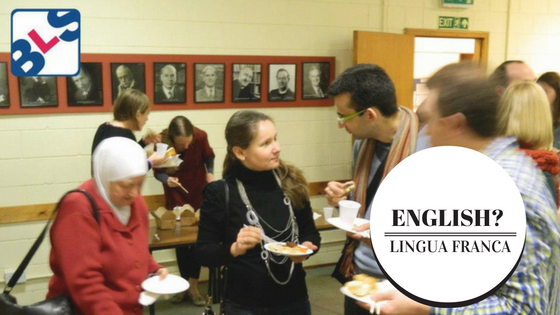 New Society of Non-Native Speakers
When you think about English, do you still associate it with the USA or with Australia? Wherever I travel to, people usually greet me in their local language, but then they immediately switch to English. I believe there are so many speakers of English that the language itself has become an international hybrid without one dominating culture behind it. Speakers of English form “a new society, in which English is shared among many groups of non-native speakers rather than dominated by the British or Americans.”[Warschauer, 2000: 512] In the February New Scientist, Hodson presented an interesting hypothesis that “English is on course to be the planet’s lingua franca. It just probably won’t be English that native speakers are used to.” [Hodson, 2016: 31].

Motivation
This internationalism of English definitely has some impact on the motivation of its learners. Normally learners study a language with the aim of visiting a country that speaks it, or to learn more about its culture. Do we learn English in order to travel to New Zealand? I doubt it; we rather invest in ourselves to become fluent, to be able to communicate with the world, to have better working perspectives, to gain knowledge quicker and to be seen as global citizens. Also, learning English is becoming a matter of necessity and importance rather than a choice linked with its culture, sound or mentality.

Bicultural Identity
Motivation leads us on to identity. Do we still identify ourselves with one language and one culture? As Arnett argues “most people now develop a bicultural identity, in which part of their identity is rooted in their local culture while another part stems from an awareness of their relation to the global culture”. It looks like the global society is on its way to becoming bilingual or multilingual and this phenomenon might be more of a norm than a special feature.

What are your thoughts on the future of English as a global language? Please share your ideas in the comments below.