← Book review: Growing Up with Two Languages. A Practical Guide for the Bilingual Family by Una Cunningham
Book review: The Art of Making Memories by Meik Wiking →

Cate Hamilton is a linguist, teacher, mum, entrepreneur and co-founder of the popular Babel Babies. Hello Cate, thank you for being our interview guest today. You’re a great advocate for learning languages. What’s your educational background? When was your passion for languages born?

I learned French and German at school, and went to Oxford University to study English and French. I remember being on a ferry to France with my parents as a young child and thinking that my brother and I had discovered a secret language when we heard French for the first time. I must have been about six! I have always loved words and collected dictionaries. My parents actively encouraged reading and exploring new languages, and their attitude was just to have a go. I enjoyed my school exchanges in France and Germany and really just like talking to people. It’s great to be able to make new friends and see the world from different perspectives. My pen-friends from 22 years ago are still good friends and it’s amazing to see our children playing together across their different languages. 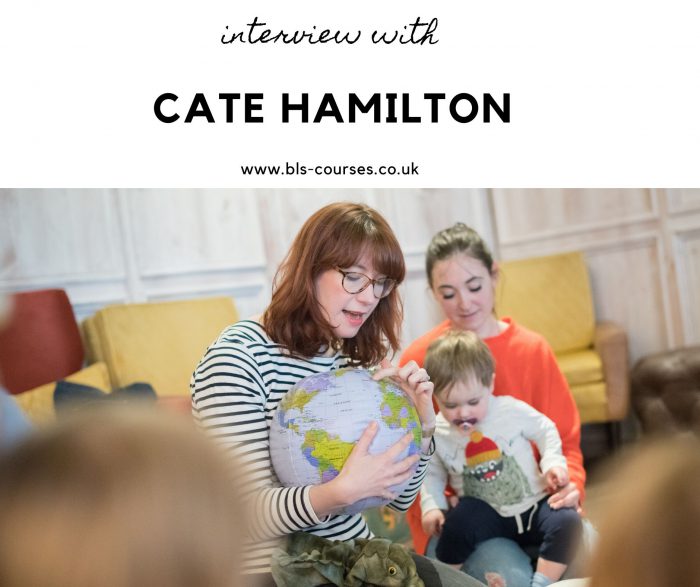 Have you always professionally worked with languages? What are your current language-related projects?

I trained as a secondary French and English teacher, working in inner city Glasgow schools. I then moved to Cheltenham when we started our family and I co-founded Babel Babies with my friend Ruth Kemp. Since 2011 I’ve been working with local families and early years settings, encouraging them to sing languages together. We now have classes running in Bristol too, and have helped thousands of families discover languages from all around the world. We sing songs in French, German, Spanish, Italian, Portuguese, Arabic, Russian, Norwegian, Japanese, Korean, Welsh and English. It’s multilingual music, and I love introducing people to linguistics through music. It’s Languages with a Capital L. I’ve now got a podcast, The Language Revolution, where I talk about talking with guests ranging from neuroscientist Dr Thomas Bak to linguist Professor David Crystal. Language is the thread through all of human experience, and I’d love to help weave it back into the fabric of the school curriculum, especially in primary and early years. I also help coordinate the International Day of Multilingualism on 27th March, the date on the Rosetta Stone. If you’d like to get involved, check out the #multilingualisnormal hashtag on Twitter and join the conversation.

How did you discover your entrepreneurial talent? Have you always known you had it? How did you come up with the idea to start a business? What inspired/motivated you?

I’ve always admired entrepreneurs and free thinkers. I guess I’m a revolutionary at heart! I’ve worked on lots of start-ups from my teenage years onwards, from magazines to companies (I now run three of them). I had a stint organising networking events for entrepreneurs before I started teacher training. I remember thinking ‘I could do that’ and just needed an idea. The idea came when I had my first baby and realised that language is a process that starts even before birth. I’ve married up my love of the research and education side of linguistics with my entrepreneurial spirit to create novel solutions to the UK languages crisis. I’m on a mission to change UK attitudes to foreign languages, and all my projects are working towards that in some way. 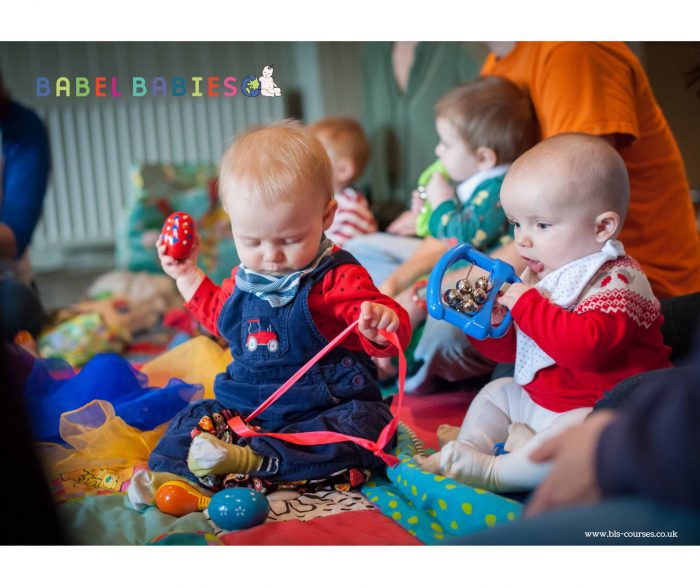 You inspire families to introduce foreign languages to their children at a very young age. Why is it beneficial to be exposed to languages as babies/toddlers?

Someone once told me I was silly for doing languages before babies could speak, but the speaking part is really just the icing on the cake: the two years before that (including the last few months of pregnancy) are when babies are absorbing language rapidly and getting ready to say their first words. They have it all in their heads and have absorbed the grammar (just listen to a baby’s intonation – they know how to form sentences!) before they utter those magic first words.

Babies are natural linguists because they need to communicate with their caregivers and communities. It’s a survival mechanism really, and part of how we have evolved as a species. Far from birth being ‘too early’ to introduce languages, the UK actually starts language education far too late. Babies can recognise their mother tongue at birth, notice when a new language is introduced even when they are just hours old, and they can hear any sound in any language for most of their first year. They are processing new things at light speed, with billions of new synaptic connections per second. Whether they hear one, two, three or even more languages around them, babies are not confused. They simply process what they are exposed to, learn who will respond to which language, and soon enough they will work out how to get what they want from the people around them by communicating in the language that is most effective for their purpose. So if that means they need Italian to speak to papà, Japanese for mummy, and English at school to do so, they will learn them all. Multilingual is normal for most children around the world. It’s more unusual to speak only one language, and English monolingualism is the exception rather than the rule. Attitudes to languages are cemented in the early years – I think it’s vital to give children a positive first foray into foreign languages, whatever their backgrounds. 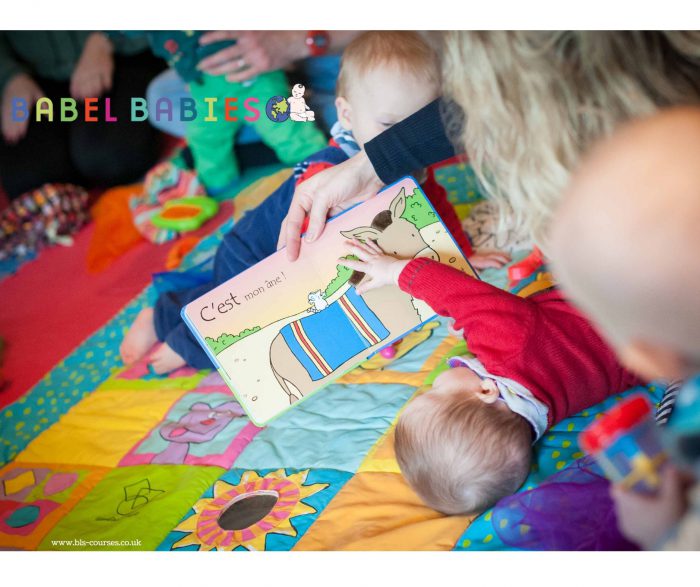 I know you’re a mum to three children, how do you balance your professional and family life?

Babel Babies is my second of four babies! My children have grown up with it, and they are the inspiration for it. It’s far more flexible to be my own boss than to work full time in school environment. I can pick up the children every day and go to all their school activities, and if that means I need to do some work in the evenings then I do. Being an entrepreneur means I’m passionate to the point of obsessive about my work – it’s not work really, since I love it and think about it all the time. The children are my testers of new songs and books, and new ideas. I discovered bullet journalling in 2017 and am so passionate about it that I run occasional workshops on how to get started. It’s a life-changing organisational technique and a bit like having a PA. Have a look at my Instagram @cateh_inc if you’d like to know more about it.

Do you raise your children multilingually? Do you encourage them to learn foreign languages?

The children are my inspiration for the whole idea of Babel Babies, and when my first son was born I immediately knew that I wanted to encourage him to love languages, and maybe skip the hard work of trying to learn to roll his Rs in French. However, as a new mum, I had lots to figure out and speaking French all the time felt strangely not like me. We settled on singing and reading lots of books in French, but also in Italian and Portuguese, and any other languages that take our fancy. I then had two more children, and over time we have turned them into keen linguists. My eldest son is fascinated with languages and how they are similar/different to each other, and loves code-breaking new alphabets like Arabic and Russian; my middle child is amazing at accents and loves connecting with people – she’s amazing; and my youngest has probably had the most exposure to French as I was far more confident speaking to him in French with five years of Babel Babies already under my belt when he was born. Now he’s four and says, ‘No Mummy, don’t say it in French, say it in Normal!’ so we have a period of resistance, but he still knows how to respond when I say something in French. They all love exploring new languages. I’m excited to see where they go with it as they grow! I used to think that not having raised bilingual kids was a failure, but actually I’m super proud of their positive attitudes towards languages and they are genuinely interested. They make up new languages in their games all the time. 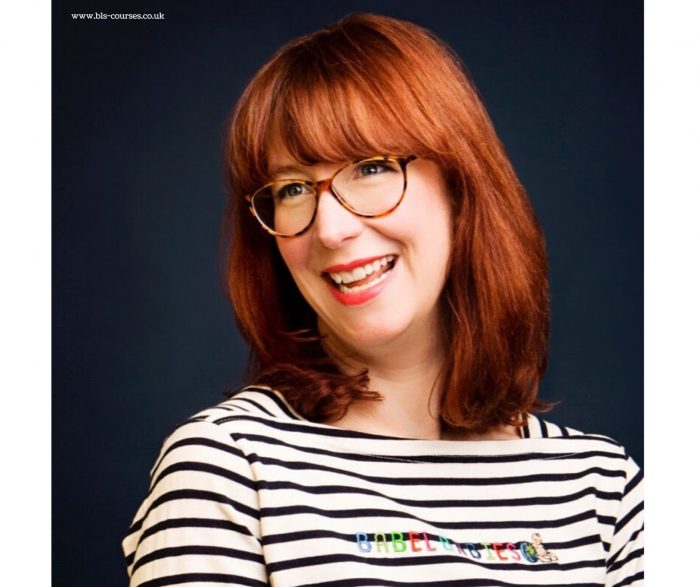 How many foreign languages do you know? How do you maintain your language skills?

I know French, bien sûr, and then probably Italian is my next most fluent. I tend to translate from French into Italian rather than English to Italian when I’m speaking, so I sometimes wade into the middle of a sentence before I’ve really got a clue what the verb is going to be! It’s often quite amusing to see what my brain does. I did two years of night school in Portuguese with my husband and we travelled around Portugal for a month, so my Portuguese is okay. I also have German to a reasonable level, and my best friend’s mother is German so I’ve heard quite a lot of it. I read stories and sing songs in at least ten languages, and I just have languages on the brain all the time. I always study languages together, rather than monolingually, so I’m currently learning Spanish, Portuguese and Italian all at once. I sometimes use Duolingo, but mostly it’s reading aloud, and always singing. I get myself an ohrwurm and stick with it until I have mastered the words.

We’re a language school, do you remember your favourite language teacher? What was so special about their teaching?

Mr Harrison was my German teacher at secondary and he was legendary. He was so passionate and enthusiastic, and hilarious sometimes (oh those modal verbs lessons!) He made languages come to life. I am eternally grateful for his encouragement and would love to see what he thinks of Babel Babies and The Language Revolution. Danke schön, Herr Harrison!

Thank you, Cate, it was great to have you as our interview guest. We want to wish you success in all your professional and language adventures.