German (Deutsch in German) is a West Germanic language that is mainly spoken in Central Europe but is also found all over the world.  German has a broad range of dialects that are spoken in Europe and further afield.  It is an official language in Germany, Austria, Switzerland, South Tyrol (Italy), Belgium, Liechtenstein and Luxembourg.  It is also recognised as a minority language in the Czech Republic, Denmark, Hungary, Kazakhstan, Ukraine, Namibia, Poland, Romania, Russia, Slovakia, Slovenia, Croatia, Serbia, South Africa, the Vatican City and Venezuela. There are German-speaking communities in the USA, Canada, Brazil, Argentina, Mexico, Australia, South Africa, Chile, Paraguay, New Zealand and Peru as well. 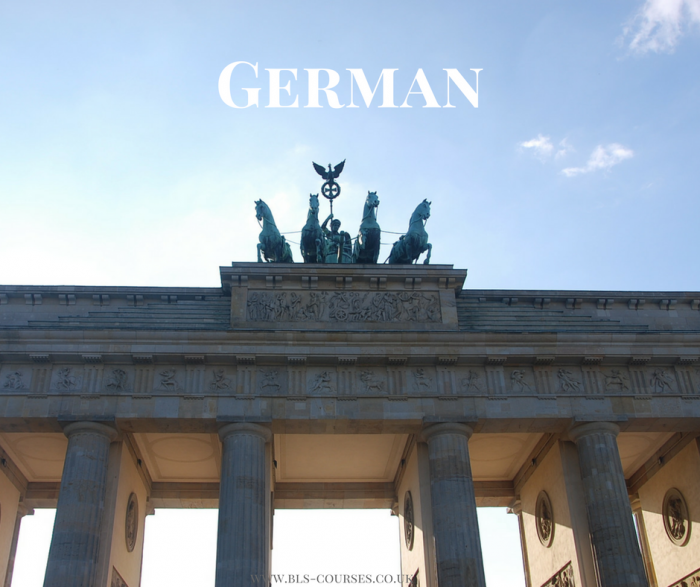 German is the most widely spoken native language in the European Union.  Standard German (Hoch Deutsch) has about 95 million native speakers.  Around 30 million people speak other varieties of German as their first language too.  About 80 million people speak German as a second language, and many others study it as a foreign language.  It is the third most widely taught foreign language in the EU (after English and French), the second-most widely used scientific language and the third most widely used language on the internet (after English and Russian).

Learning these few facts about German grammar will give you a head start if you want to learn the language.

One of the particularities of German is that has three genders, masculine, feminine and neuter.  You can sometimes tell the gender of a noun from its ending: for example, words ending in –ung (-ing), -schaft (-ship), -keit or –heit (-hood, -ness) are feminine, words ending in -chen or -lein (diminutives) are neuter and nouns ending in -ismus (-ism) are masculine.  You can’t always tell just by looking at a word, though, and some endings are used for more than one gender, e.g. -er (see for example Feier (f.), celebration, party, Arbeiter (m.), labourer, and Gewitter (n.), thunderstorm).  German capitalises all its nouns.

German is a descriptive language. Nouns are often made by combining an object and a verb, such as der Staubsauger – the vacuum cleaner, consisting of the noun Staub, ‘dust’ and the verb saugen, ‘to suck’, so a vacuum cleaner is a ‘dustsucker’.  Another example is das Fernsehen – ‘the television’, combining the words fern, ‘far’, and sehen, ‘watching’, so the television is literally the ‘far-watching’.  The longest German word is Donaudampfschiffahrtselektrizitätenhauptbetriebswerkbauunterbeamtengesellschaft (Association for subordinate officials of the head office management of the Danube steamboat electrical services) made up of 79 characters!  Most German vocabulary is of Germanic origin but it also has quite a few loanwords from other languages, mostly Latin, Greek, Italian and French.  English words have recently started finding their way into German vocabulary too.  There is even a word for them: ‘Denglish’, (the D is for Deutsch).  This makes for words such as die Airconditioning – air conditioning, babysitten – to babysit, joggen – to go jogging or running, das Handy – the mobile phone.  There are also many loanwords from German in the English language.  Here are a few examples: abseilen – to abseil; Bildungsroman; Delikatessen, Doppelgänger, Glockenspiel, Kindergarten, Leitmotiv (leitmotif in English), plündern – to plunder, Poltergeist, Schadenfreude, Wanderlust, Wunderkind and Zeitgeist. 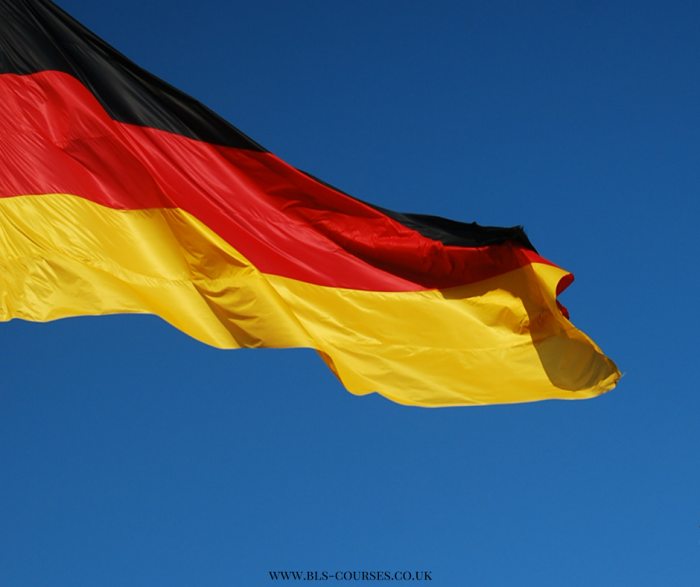 Where can I learn German?

If you are not content with speaking Denglish, you can do a course in German at Bristol Language School! You can take Complete Beginner’s, Beginner’s Plus, Elementary, Upper-Elementary, Upper-Intermediate and Advanced German courses.  We also offer one-to-one tuition.

Several organisations promote the use and learning of the German language, such as the Goethe-Institut, Verein Deutsche Sprache and Deutsche Welle.  They can help you find German courses and have online exercises too.  There are also many websites where you can learn German, such as the BBC website, Alison and Deutsch-Lernen.  You will find more general information on the German language and courses here.