← Book review: When in French. Love in a Second Language by Lauren Collins
Travelling Corner: 5 Ideas for Long-Distance Walks in Bristol (Part 2) →

Travelling Corner: Why not Sochi? 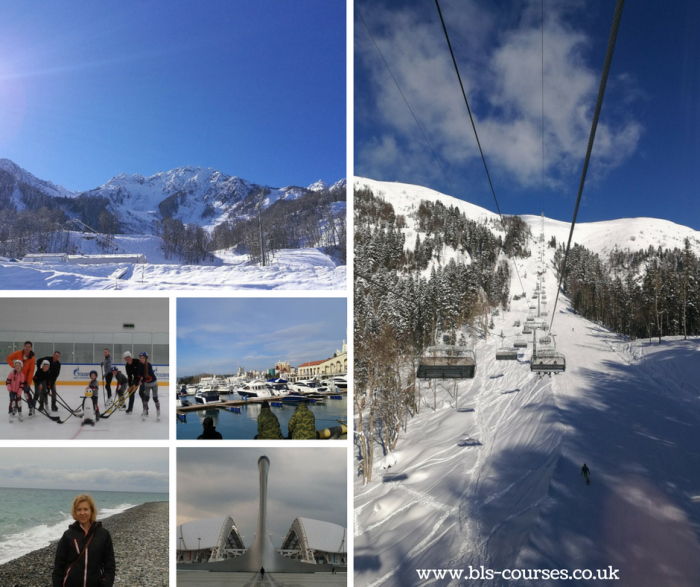 Where else in the world could you ski up in the mountains in the morning and swim in the beautiful Black Sea in the afternoon, all on the same day!

It all happens here in the most southern corner of unbounded Russia: Sochi, or the southern capital as they call it; the place which contradicts many stereotypes formed about Russia. One of them is that Russian winters are freezing. Really? It is February and it is +18°c. Sochi is surrounded by the Caucasus Mountains on the one side and the Black Sea on the other so it has a subtropical climate. It is humid and warm all year round but if you feel like cooling down, a 40 minute drive into the mountains will take you up to Krasnaya Polyana ( Красная Поляна) – a world class Ski & Mountain Resort which consists of 3 main resorts: Rosa Khutor, Gasprom and Gorky Gorod. All three are very well developed and will satisfy skiers of any level. For instance, one week might not be enough for you to ski through all the slopes in Rosa Khutor as all together it has 77km of pistes. The resort hosted the Alpine and Nordic events of the 2014 Winter Olympics in Sochi, having previously hosted Alpine World Cup events from February 2012, two years earlier.

Today this place has grown into a “Ski City” with an amazing infrastructure, including many world class hotels, restaurants with traditional Russian, Western European and Caucasian Cuisine, modern indoor and outdoor waterparks, ice rinks where you can try both ice skating and ice hockey, children’s interactive clubs, bowling, cinema, conference halls, shopping centres and night clubs.

Summer holidays here are as great as winter ones though in July and August it might get a bit too hot, around +38C’ in Sochi itself, which is why some holiday makers go for day trips or book hotels in the mountains where the temperatures are lower. Lots of ski lifts are open in the summer too so you can fully enjoy picturesque views of summer mountains. If you love hot sun, stay in Sochi and spend the day swimming in the clear, warm, blue (not black at all) sea on one of Sochi’s Beaches, watching fishing boats and playful dolphins that come really close to the seashore. Also right on the promenade you can sign up for excursions such as visiting local water falls, Stalin’s summer residence, visiting Abkhazia and many others.

In the evening when it cools down you can visit the Olympic Park which was constructed for the 2014 Olympic Games.

Public transport here is very cheap and lots of buses take you to the Olympic Park. Taxis are not expensive either, so moving around in Sochi isn’t a problem at all. The Olympic Park is absolutely huge and striking with its architecture and design. In the evenings right in the centre of the Olympic Park you can enjoy the fantastic Singing Water Fountains Show, which  looks  like a scene from a beautiful fairy-tale.

Now you’re probably wondering: how can I get to this “fairy-tale” land? It’s not too difficult at all but you need to organise your visa in advance. You will have to go to London to apply for your visa. There are lots of agencies which will help you with all the paper work. You’ll need to fill in the visa form and provide your finger prints. The agency will send your application to the Russian Embassy on your behalf and it usually takes a week to get your passport and visa back by post. The cost of a tourist visa is around £170 and airfares start at £200 with Aeroflot. Unfortunately, there isn’t a direct flight from London to Sochi. The Aeroflot flights have stopovers in Moscow. All flights arrive at Adler airport in Sochi.

So, if you’re feeling adventurous and want to experience winter skiing and a summer beach holiday in one go, Sochi is the place to go!

From Russia with Love,