← Travellers’ Corner: An Experience of Teaching in Peru
Book Review: Fluent in 3 months by Benny Lewis →

Antonia Lloyd-Jones is a full-time translator of Polish literature, and a double winner of the Found in Translation award. She has translated several works by some of Poland’s leading contemporary novelists, including Paweł Huelle and Olga Tokarczuk. Her most recent publications include Kolyma Diaries, a travel book by Jacek Hugo-Bader (Portobello Books) and Gottland: Mostly True Stories from Half of Czechoslovakia by Mariusz Szczygieł (Melville House). Her other translation projects include crime fiction, poetry, essays, and books for children. Besides working as a translator, Antonia is also a mentor for the BCLT’s Emerging Translators’ Mentorship Programme and a Translators Association committee member. 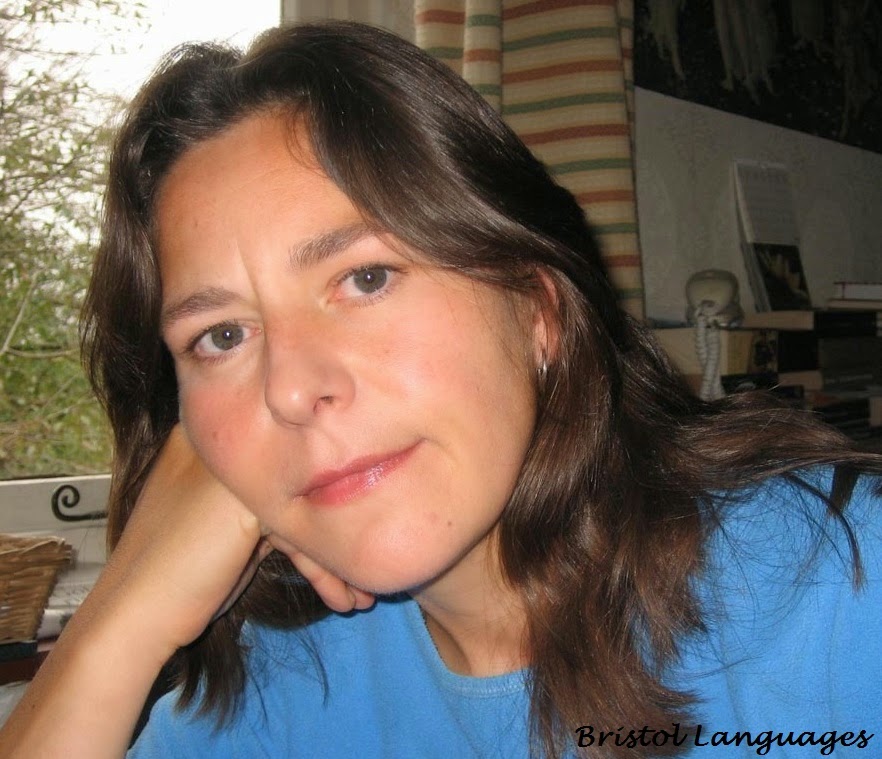 1. Is it true that the main reason why you learned Polish had dark curly hair and was seven feet tall?
That’s a tall story – the truth is that he was six foot three.

2. The Polish language is considered to be one of the most difficult. How did you manage to master it?
I’m always sceptical when I hear Polish defined as “one of the most difficult languages”. Compared with what, and from whose perspective? In some ways Polish is a very easy language; for instance, once you know what sound each letter represents, the words aren’t difficult to spell, because all the letters are pronounced – unlike in English, where simply the word “enough” is enough to show how fiendishly difficult the spelling can be. Polish tenses are much simpler than English ones too. And those innocent little words “a” and “the” are very challenging to most students of English. So what is a difficult language?
I mainly taught myself Polish, but after studying Russian for ten years, at school and university. I also have a background in Latin and Ancient Greek, which provide a great basis for learning any other Indo-European language. I suspect that an ability to learn languages is partly an animal thing – like being good at music, or drawing – some people are born with it and find it easier than others do. There are plenty of linguists in my family, so perhaps I inherited a talent for languages. I’m sure I chose to study Russian because my father, who was a linguistic genius, didn’t know any, so he could be proud of me without correcting me every second word. Although when I started learning Polish, from my Anglophone perspective Russian seemed similar enough to be very helpful to me, the two languages have long since totally diverged in my mind, and I no longer think of them as having much in common.

3. What place in Poland do you visit most? Have you ever thought about moving there permanently?
As I write this, I am in Warsaw, a city I very much enjoy. Mostly I come here, or to Kraków, occasionally Gdańsk or Wrocław, mainly because those are the places where I know people. But in January for instance I will be in Łódź to help research a book for an American author of Polish-Jewish origin. I wish I had more opportunities to go to the Polish countryside, and the smaller towns, as there are so many fascinating and beautiful places to see. I have never thought of moving to Poland permanently; these days I have family commitments in Britain, but who knows? Perhaps one day I will.

4. Do you have a favourite word? Either in English or Polish.
Not really, though sometimes my favourite word is the very last one in the book I’m translating, simply because reaching it means finishing the project. But of course like many non-Poles, I can’t help liking the word źdźbło, which seems absurdly complicated for something meaning a blade of grass. People who know no Polish at all find it truly alarming. I have a favourite Hungarian word, which is zongora, meaning a piano – it sounds just right.

5. After years of working as a translator, are you able to pinpoint some key differences between the two languages? Perhaps the lack of an equivalent for a certain word or in the vocabulary range for a certain topic.
I could say that Polish uses more impersonal structures than English, or that its word order is much more flexible, but different languages are like different countries, the product of different experiences that result in different mentalities. So in a way everything is untranslatable, and translation is simply our best resort, short of learning the other language. But equally I could say that everything is translatable, there’s no lack of equivalents, or ways of rendering the same thing in another language.

6. The translator’s role is usually not limited to the translation itself, translators often act as cultural ambassadors for the country. What do you find most satisfying about this job?
I like being involved in promotional events with the authors whose work I translate, because it gives me the opportunity to talk to them, and often to have adventures with them. Knowing them in person and spending time with them professionally is highly enjoyable, and also contributes to my better understanding of how they write and how they think about their work. It also gives me the chance to go to inspiring literary festivals and to meet other translators and writers. I think being an advocate for the literature you translate is an important part of a translator’s job – once they’re published, the books need promotion, and it can only be in the translator’s interest to encourage people to read them.

7. How much time per day do you usually dedicate to translation?
Like any self-employed person, I spend most of the day doing my job, from first thing in the morning to late at night. Being freelance means that you have to be disciplined about getting work done, and about generating work too. If you mean every aspect of translation, then I spend my entire working day on it; if you mean actually sitting over a Polish text and putting it into English, it depends on my workload and schedule. If I am working on a particular book, there is usually a set number of pages that I aim to complete each day, but of course as the deadline approaches, and I start to get behind, the number of pages increases.

8. You don’t see much Polish literature on the shelves of British bookstores. Is it difficult to interest publishers and readers in Polish authors?
The first part of your question answers the second. It is very difficult. Publishers and bookshops have to be business-like – they’re not charities, they have to make a profit. Unfortunately Polish literature isn’t at the top of most people’s shopping list. It has to compete with the huge number of books published in English (over ten times as many as in Polish) and also with an increasing number of other translated literatures. I often ask British or American people if they can remember the name of any Polish author whose work they have read in translation, and they look sheepish as they rack their brains to think of one, but I tell them I won’t be surprised if they can’t. Occasionally someone mentions Wisława Szymborska, Czesław Miłosz, Stanisław Lem or Ryszard Kapuściński, but that’s about it. But if I ask myself when I last read a book translated from, let’s say, Greek, I can’t come up with an answer. (And I do read lots of translations.)
In this situation, where Polish literature has very few opportunities to be published in English, I think it is vital to focus on the very best books – there’s no point in trying to promote commercial Polish literature on the English-language market, which is already saturated with its own popular books. Instead it is best to save the few available slots for the best works that make a real contribution to world literature.

9. Literary translation is considered the lowest paid field of translation and it is often a second job, for example for literature professors. Is it possible to make a living from translating books alone?
I suppose I am living proof that it is possible to survive as a literary translator alone, but it is an unreliable source of income. Translation is slow work, paid by the number of words or pages, not by the hour. One of my colleagues once estimated that we’d be better off working at McDonald’s. My income comes from a wide range of jobs, not just book-length translations, but lots of much shorter ones, occasional teaching and writing, public events, book reports and so on. If I hadn’t had a sensible job in the past that earned me a high salary, I would have a much harder life now, but as it is I have my own flat and don’t have to worry about rent. That said, I do have to work hard to pay the bills. Luckily, in Britain the rates paid for literary translation are generally higher than in many other countries.

10. You are a mentor for emerging translators within the project run by the British Centre for Literary Translation. What would be your main advice for a future professional?
Apart from “don’t give up the day job unless you have a rich and generous partner”, my main piece of advice is to read as much good literature written in or translated into English as possible. Read, read, read. And when you’re translating, imagine there are two people in the room with you: the author and the reader. You must never forget either of them.

Thank you for your time and very best of luck with your future plans!
Q. prepared by Joanna Michta
Q. translated by Alicja Zajdel
Photo courtesy of Antonia Lloyd-Jones