Japanese (日本語 [nihõŋɡo]) is the ninth most widely spoken language in the world.  It is the official language of Japan, which has a population of over 125 million people.  There are also around 2.5 million people of Japanese origin, many of whom speak Japanese as their first language, living in the Americas, particularly Brazil and the United States (Hawaii).  There is also an expatriate presence in major cities such as London, New York and Paris.  Japan is one of the world’s leading industrial powers and Japanese language services have become extremely important in social and business settings. 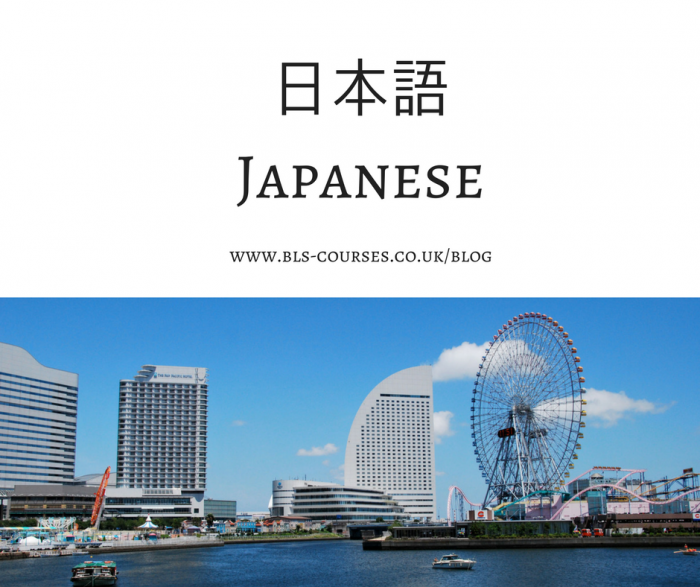 Much about the roots of the Japanese language is unclear.  There are debates about which other languages Japanese is related to and it only seems certain that it is a member of the Japonic language family, which includes the Japanese language spoken on the main islands of Japan and the Ryukyuan languages spoken in the Ryukyu Islands.  Little is known of the language’s prehistory, or when it first appeared in Japan. Chinese documents from the 3rd century recorded a few Japanese words, but longer texts did not appear until the 8th century.  Old Japanese vocabulary was influenced by Chinese.  Late Middle Japanese (1185–1600) saw changes brought it closer to the modern language, as well as the first appearance of European loanwords.  Portuguese, Dutch and Spanish words, such as “pan” (bread) and “igirisu” (the UK), from the Portuguese “po” and “ingles” arrived during the 16th and 17th centuries, when missionaries and merchants started to visit the country.  Following the end in 1853 of Japan’s self-imposed isolation, the flow of loanwords from European languages increased, especially English loanwords. These include “teburu” (table), “biru” (beer), “gurasu” (glass), “aisu” (ice), “takushi” (taxi) and “hoteru” (hotel).

Word order in Japanese is normally subject–object–verb.  Sentence structure starts with the topic and then gives a comment about the topic.  It uses particles (small words) to mark the grammatical function of words, such as ‘wa’ (topic marker), ‘ga’ (new information).  This means they function like cases in other languages.  For example, これは本です。(‘kore wa hon desu’) = ‘This is a book’.  A longer example is 私はブリストル に 住んでいます (‘Watashi wa Bristol (Burisutoru) ni sundeimasu’).  A literal translation into English would be ‘I (topic) Bristol (in) reside’).  Thus Japanese, like many other Asian languages, is often called a topic-prominent language, which means it has a strong tendency to indicate the topic separately from the subject, and that the two do not always coincide. The sentence Zō wa hana ga nagai (象は鼻が長い) literally means, “As for elephant(s), (the) nose(s) (is/are) long”. The topic is zō “elephant”, and the subject is hana “nose”.

Particles are used at the end of sentences to add impact (‘ne’), or make questions (‘ka’) as well.  Questions can have the same structure as statements, but with intonation rising at the end.  In the formal register, the question particle -ka is added. For example, ii desu (いいです) “It is OK” becomes ii desu-ka (いいですか。) “Is it OK?”.

Nouns do not change with number or gender, and there are no articles (‘the’ or ‘a/an’).  Verbs do change with the tense, of which there are two: past and present (or non-past), which is used for the present and the future.  For verbs that represent an ongoing process, the -te iru form indicates a continuous (or progressive) aspect, similar to the suffix ing in English.  Verb conjugations are also used for voice (active or passive), but not the person the verb is are referring to.

Japanese has a grammatical system to express politeness and formality. Broadly speaking, there are three main politeness levels in spoken Japanese: the plain form (“kudaketa”), the simple polite form (“teinei”) and the advanced polite form (“keigo”).  It also has a system of honorific language, where verbs and vocabulary change to indicate the relative status of the speaker, listener and persons mentioned.  Their status is determined by a variety of factors including job and age.  The person in the lower position is expected to use a polite form of speech, whereas the other might use a more plain form.  Japanese people often use titles of the person referred to where pronouns would be used in English. For example, when speaking to one’s teacher, it is appropriate to use sensei (先生, teacher), but inappropriate to use ‘anata’ (‘you’). This is because ‘anata’ is used to refer to people of equal or lower status, and one’s teacher has higher status.  Strangers in Japan will speak to each other politely.  Most nouns in the Japanese language may be made polite by the addition of o- or go- as a prefix. o- is generally used for words of native Japanese origin, whereas go- is affixed to words of Chinese derivation. In some cases, the prefix has become a fixed part of the word, and is included even in regular speech, such as gohan ‘cooked rice; meal.’ Such a construction often indicates deference to either the item’s owner or to the object itself.  Even if you don’t have the language skills, a softening of the voice, a discreet awareness of the other person’s personal space and undemonstrative body language go a long way when it comes to courtesy and showing respect.  Read more about honorific speech here.

The Japanese writing system has three different sets of character: Kanji (several thousand Chinese characters) and Hiragana and Katakana (syllabaries with 46 characters each).  The adaptation of Chinese characters during the sixth to ninth centuries A.D. developed the language. By the 12th century, hiragana and katakana were created out of kanji, providing the Japanese new freedom in writing their native language.  Today, Japanese is written with a mixture of the three.  Hiragana are used for words without kanji representation, for words no longer written in kanji, and also following kanji to show conjugational endings.  Katakana, like hiragana, are a syllabary; katakana are primarily used to write foreign words, plant and animal names, and for emphasis. For example, “Australia” has been adapted as Ōsutoraria (オーストラリア), and “supermarket” has been adapted and shortened into sūpā (スーパー).  Japanese texts can be written in horizontal rows left to right, or in traditional Japanese style, i.e. in vertical columns from the right to the left side of the page.

Can I learn Japanese?

Japanese is considered a difficult language to learn for speakers of European languages.  Some difficulties are learning to master the Japanese writing system.  Unless you are already familiar with Chinese characters (kanji), many years of study are necessary to achieve complete literacy.  Japanese students learn about 2000 kanji until the end of junior high school and continue to learn more until the end of their school careers. The two syllabaries Hiragana and Katakana (together about 100 signs), however, can be memorized quickly time.  Another difficulty can be the existence of honorific speech: the fact that a person’s speech can vary depending on the situation and the person. A student of Japanese has to become familiar with Japanese society and customs in order to understand the detailed rules of the different levels of speech.

However, compared to many European languages, basic Japanese grammar is relatively simple. There are not the complicating factors of gender articles and plurals, and conjugation rules for verbs and adjectives are almost entirely free of exceptions.  Nouns are not declined at all, but always appear in the same form.  This makes the language relatively easy for students starting out.

You may also have a head start when learning Japanese because it has a lot of foreign loan words, especially from English.  (外来語 [gairaigo] – ‘words from outside’ are not limited to nouns, they can be adjectives too.  The word for ‘TV’ is テレビ [terebi], サンドイッチ [sandoitchi] is ‘sandwich’, ‘bread’ is パン [pan] from the Portuguese word ‘pão’ and part-time worker is アルバイト [arubaito], from the German ‘Arbeit’, work.  You have probably heard a lot of Japanese words aleady too.  A lot of Japanese words have been absorbed into English.  See how many of these words you recognise (many thanks to An Idiot Lost in Japan for these!):

Where can I learn Japanese?

You can learn Japanese at Bristol Language School.  We offer group and one-to-one lessons at all levels.

There is also a lot of information about learning Japanese on the Bristol Japan Club website.  There are also teaching and learning resources on the Japan Foundation website.  This kanji dictionary with sound can help you learn to recognise and write Japanese characters.  If you want to listen to Japanese, you can try these Japanese podcast lessons from the Japan Broadcasting Corporation, NHK.  To practice reading, you can go to asahi.com, one of Japan’s leading newspapers.

You can also find out where to buy books for learning Japanese here.  You can find websites to help you with learning Japanese and other Online Resources here.  Nihongo o Narau – Learn Japanese is a free online Japanese course.  Digital Dialects’ Japanese Games are interactive games for learning the Japanese language.  There are also Mobile Apps for iPhone, iPad, Android phones and tablets.  If you want to learn for travel, use this guide to Japanese Phrases for Travellers, with a pronunciation guide.  Plus, this Glossary for Learners is a quick reference guide to the essential elements of Japanese.

In the United Kingdom, study of the Japanese language is supported by the British Association for Japanese Studies.  The Japanese government provides standardized tests to measure spoken and written comprehension of Japanese for second language learners; the most prominent is the Japanese Language Proficiency Test (JLPT), which features five levels of exams.  The JLPT is offered twice a year.