← Travelling Corner: My 5 Favourite Places in Belgium
Online Resources on Bilingualism and Multilingualism →

Travelling Corner: My 5 Best of Prague 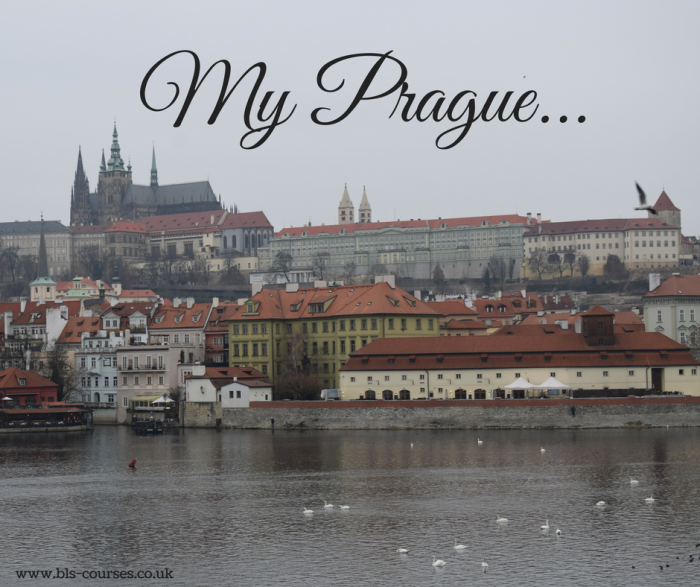 Prague, my dear Prague… I always experience a whole load of feelings here: from laughter, disgust, admiration, astonishment or surprise; it’s true, you can be amazed and rationally challenged everywhere. Example one: When I arrived in Prague, I wanted to buy a weekly ticket for public transport. The middle-aged saleswoman was switching between several languages so easily (those I could hear were Czech, Russian, English & German) and managing to answer some very difficult questions without any hesitation (!). Example two: I stayed in a relatively old building which surprisingly had a super-modern lift with touch-screen buttons and glass walls, but the lift stopped between floors so you still had to walk up some stairs (?). Example three: You can find bars where your chosen meal options will be charged by weight (tip: choose lighter dishes to pay less!). Example four: As the Czech Republic is a small country, there are certain customs based on trust, e.g. there are no tube barriers in Prague, but obviously, you’re still obliged to buy your commuting tickets! Example five: We visited Prague in December. The city was beautifully decorated and some squares (including the main square) had nativity scenes, but with real animals, e.g. sheep, goats and a pony. 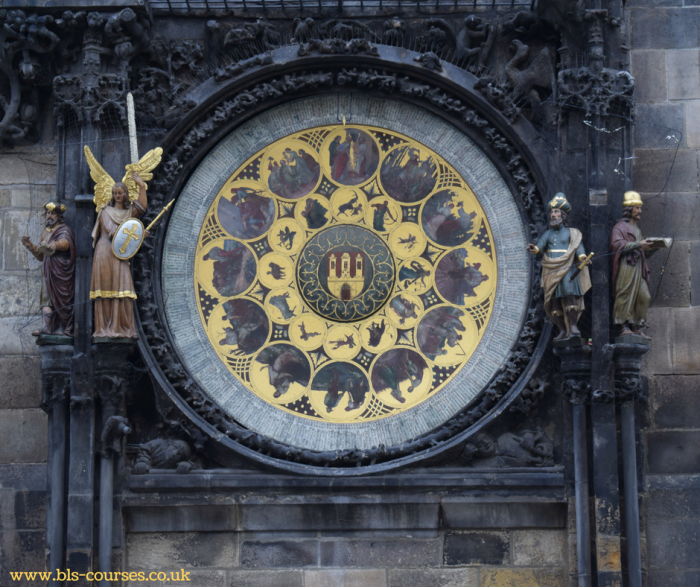 Personally, I love those paradoxes, but now let’s move to my 5 best of Prague.

Josefov. The Old Jewish Quarter. I’m in love with this part of Prague. It’s magical, charismatic and has amazing architecture.  It’s a perfect location for wondering around and admiring the beautiful buildings. 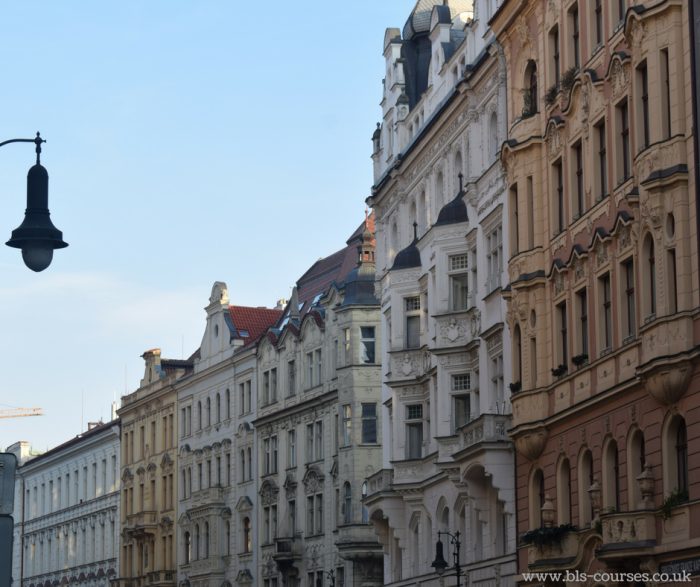 If you’re in Josefov, you may want to visit the Old Jewish Cemetery and the synagogues. The Spanish Synagogue Španělská synagoga stole my heart. It isn’t so well presented form outside, but inside it has a breath-taking interior. 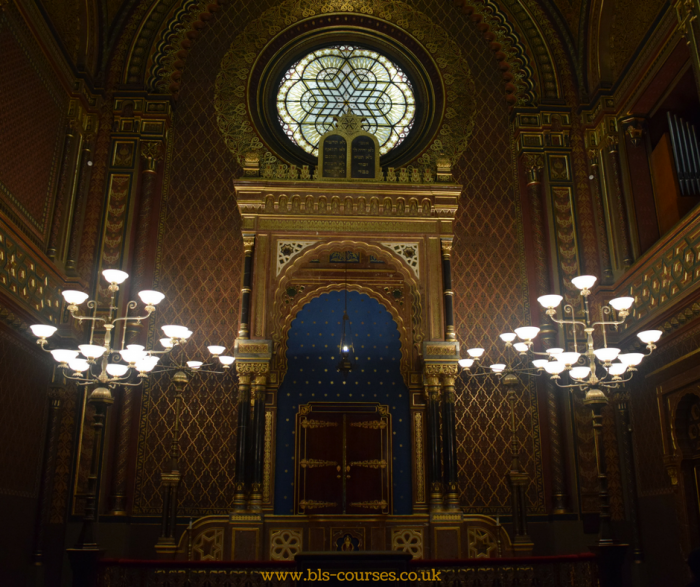 Prague has many cultural pearls: the Národní divadlo National Threatre, the Rudolfinum Concert Hall, the Klementinum Old Library, and amongst others, the Stavovské divadlo theatre situated in the Old Town. Established and working since 1783, this theatre has an impressive design, both interior and exterior and the great repertoire on offer makes it a perfect place to visit. Interestingly, the premières of Mozart’s Don Giovanni and La Clamenza di Tito took place in this very theatre where the Czech director Miloš Forman also filmed the concert scenes of his Oscar-winning film Amadeus. 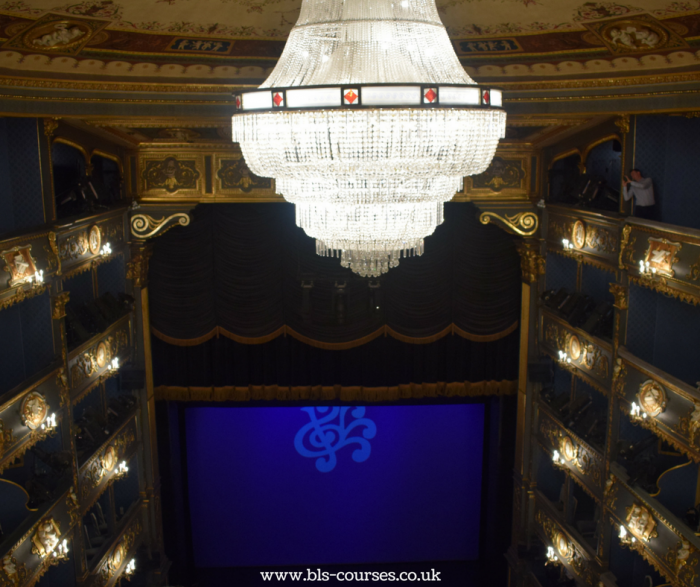 Prague has many art galleries, but I was truly amazed by the Convent of Saint Agnes Klášter sv. Anežky České, a gallery with medieval art and an impressive collection of artefacts. The gallery is located in one of the oldest Gothic buildings in Prague, the monastery of Poor Clares of the Order of Saint Clare and Franciscans which was founded in around 1231.

I was so impressed by the public transport in Prague! It was punctual, clean and amazingly connected between train, tube, bus and tram. I bought a three-day pass and could travel with no limits for 72 hours in the city centre. If I wanted to go to the zoo, for example, I took a tube train and then a bus and the bus stop was situated just by the tube station and the whole journey was super short. Very efficient! 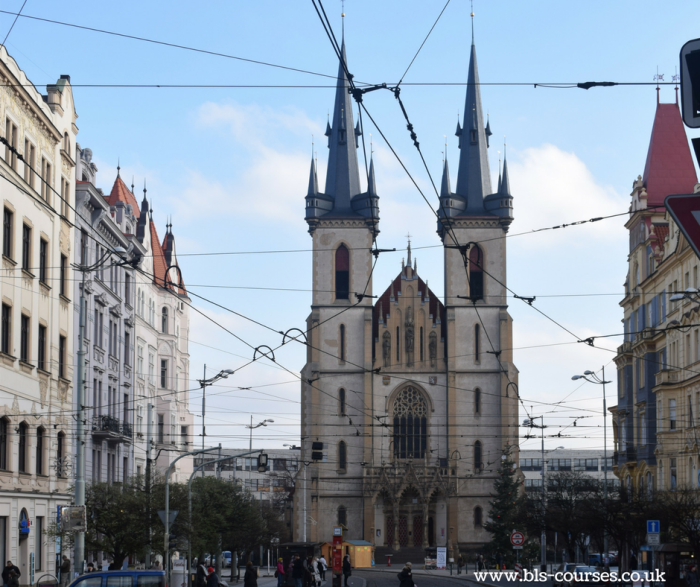 If you go to a cafe you might be surprised by the wide offer of beverages you can have. I visited Prague in winter, so there were many hot drink options (both alcoholic and non-) to taste. I particularly enjoyed the warm apple juice with spices: pressed apple juice, ground spices & cloves; simmer all for a few minutes until hot, done! 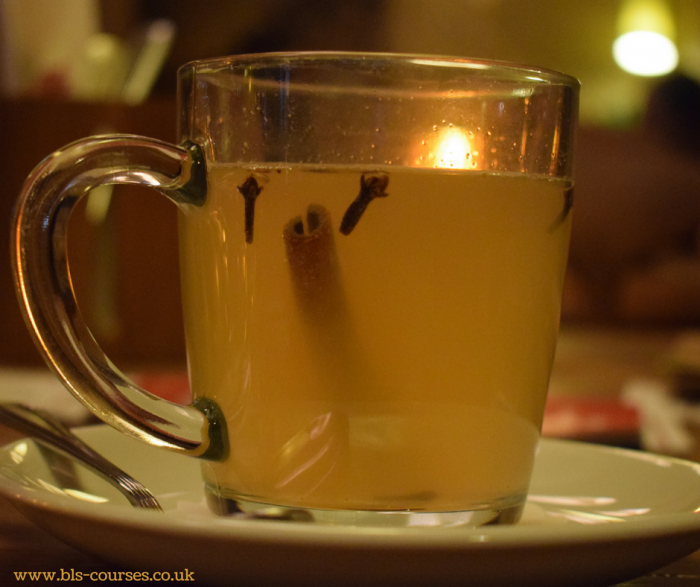 Have you been to Prague? What were your favourite spots? Please share in the comments below.