Book Review: My Life in France by Julia Child

But then we looked at each other and repeated a favourite phrase from our diplomatic days: “Remember, ‘No one’s more important than people’!” In other words, friendship is the most important thing – not career or housework, or one’s fatigue … (p. 268)

I dreamed about reading this book in Paris or at least in France. But, I actually mostly read it in Wales ;). Julia Child was an icon of French cooking in the USA, who while living in France fell in love with French cuisine. She graduated from the famous Le Cordon Bleu in Paris, and later in life became famous as a cookbook writer and TV presenter of The French Chef. 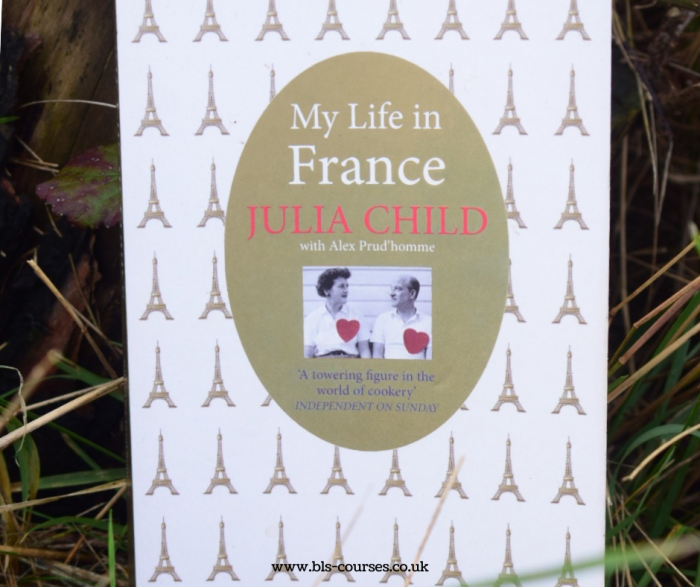 As a foodie myself, I enjoyed reading about Julia’s fascination with French food culture. Her passion for cooking and eating (!) was so genuine that she decided to build her career around it. Together with her husband, an American diplomat, they also travelled to different parts of Europe: they lived in Paris and Provence in France, then Germany, Norway, and later they built a house in Provence, which was named La Pitchoune.

We also read about history, about post-war Europe and America, and their political relationships, about cultural affairs in Europe and languages (Julia was so determined to learn the native languages wherever they moved to live). It’s also a story of her personal life, her friendships, social life and everyday challenges. To me, it’s a beautiful story about a love-affair with France, cooking and eating. And being totally honest with you, I was constantly hungry when reading My Life in France, so have some snacks ready if you plan to read it, too.

Have you read any interesting memoirs recently? Please let me know in the comments below.