← Travelling Corner: How to have a PERFECT weekend away
On Languages: The Languages of Belgium →

1. What is Babel Babies, who created it and where are you based?

Babel Babies provides multilingual, multisensory music sessions suitable from birth. We explore songs and stories from around the world with our multilingual mascot, Croc Monsieur. We believe it is never too early or too late for parents and children to learn languages together.

Babel Babies started in Cheltenham nearly six years ago when two sleep-deprived mamans, Cate and Ruth said to each other, “Know Twinkle Twinkle in any other languages? I’m so bored of singing it in English!”. As qualified teachers and linguists, they began to introduce new songs and stories in different languages to their children and the idea for Babel Babies was born. In 2012, a mutual friend introduced them to Dominique, fellow linguist and mum, who was based in nearby Bristol. Together, they set up Babel Babies as a limited company and set off on their language revolution. Our sessions currently run in Bristol, Cheltenham and Manchester, but we are looking to expand to new locations in the near future. The world is our oyster! 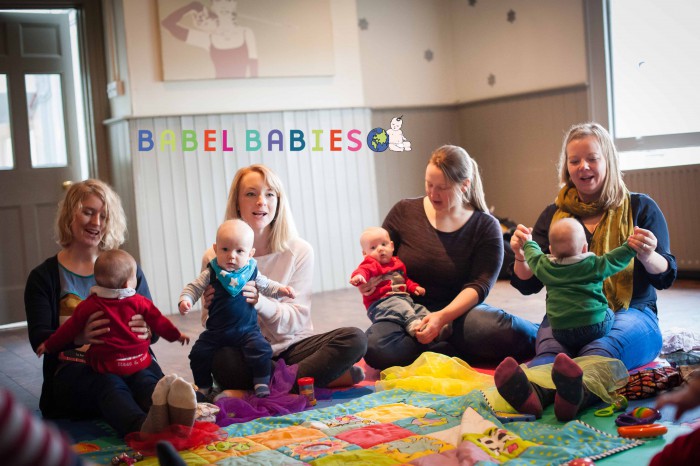 2. What languages do you use in your baby sessions? When is it best for the little ones to start attending the classes? When do children start reacting and singing in foreign languages?

Our sessions are multilingual and we hope to ignite a passion for learning new languages with parents and children alike. We cover French, Italian, German, Spanish, Portuguese, Norwegian, Arabic and Japanese, but that’s by no means an exclusive list. We are always striving to expand our repertoire and include new songs in different languages. We believe that teaching children about other languages and cultures really broadens their horizons and gives them an understanding of the world around them. They have the capacity to learn several languages simultaneously (the majority of children in the world speak two or three languages!) so why not make the most of their incredible abilities?

Babel Babies is suitable from birth. Language learning begins even before birth, and babies recognise their mother tongue when they are born. They are able to hear any sound in any language for most of their first year, and start to tune into the language they hear most after about ten months. If you expose babies to foreign languages and sounds in their first year, they will have a lifelong positive relationship with learning languages as well as a permanent neural map of the languages they were exposed to.

The children react right from the start of Babel Babies. We have had tiny babies, only a few weeks old, stop screaming when they hear a certain song on the CD and older children sing along to “Old MacDonald” in Italian before they know it in English. If you join us at Babel Babies, who knows what your child’s first word may be? It could be hello or thank you in one of the many languages we cover, or even a Japanese croak from our frog song!

3. How do you choose songs in foreign languages? Do you consult native speakers regarding your choices? Do you follow specific websites or watch YouTube videos?

We cover a range of languages between us at Babel Babies and have a great variety of songs as a result. Some are well-known English songs that we have translated, some are traditional songs that our network of friends and family from different countries have taught us, and some we have created ourselves. All of our songs are proof-checked and approved by native speakers and translators and we learn from our own database of recordings and reference materials.

4. Do you speak any foreign languages? How do you to learn to sing in different languages?

Bien sûr! All of our Babel Babies teachers are linguists and it would be a very hard job to do if you didn’t speak any other languages. I studied French, German and Italian at A-Level and went on to study French and Italian at Exeter University. Whilst I was working for a translation agency I was also required to learn Arabic, which I really enjoyed. I have lived in Italy and Switzerland and would love to live abroad again at some point in my life. I am passionate about languages and am always trying to improve and learn new ones. I am lucky enough to have friends and family all over the world and love squeezing in trips to visit them and practice my languages whenever I can.

You don’t have to be a linguist to come along to Babel Babies. We love to encourage complete beginners to come along and try our sessions. The wonderful thing about Babel Babies is that the adults can learn alongside the children. Through music and repetition, the songs very quickly become familiar and it’s wonderful when parents and children can sing languages together. 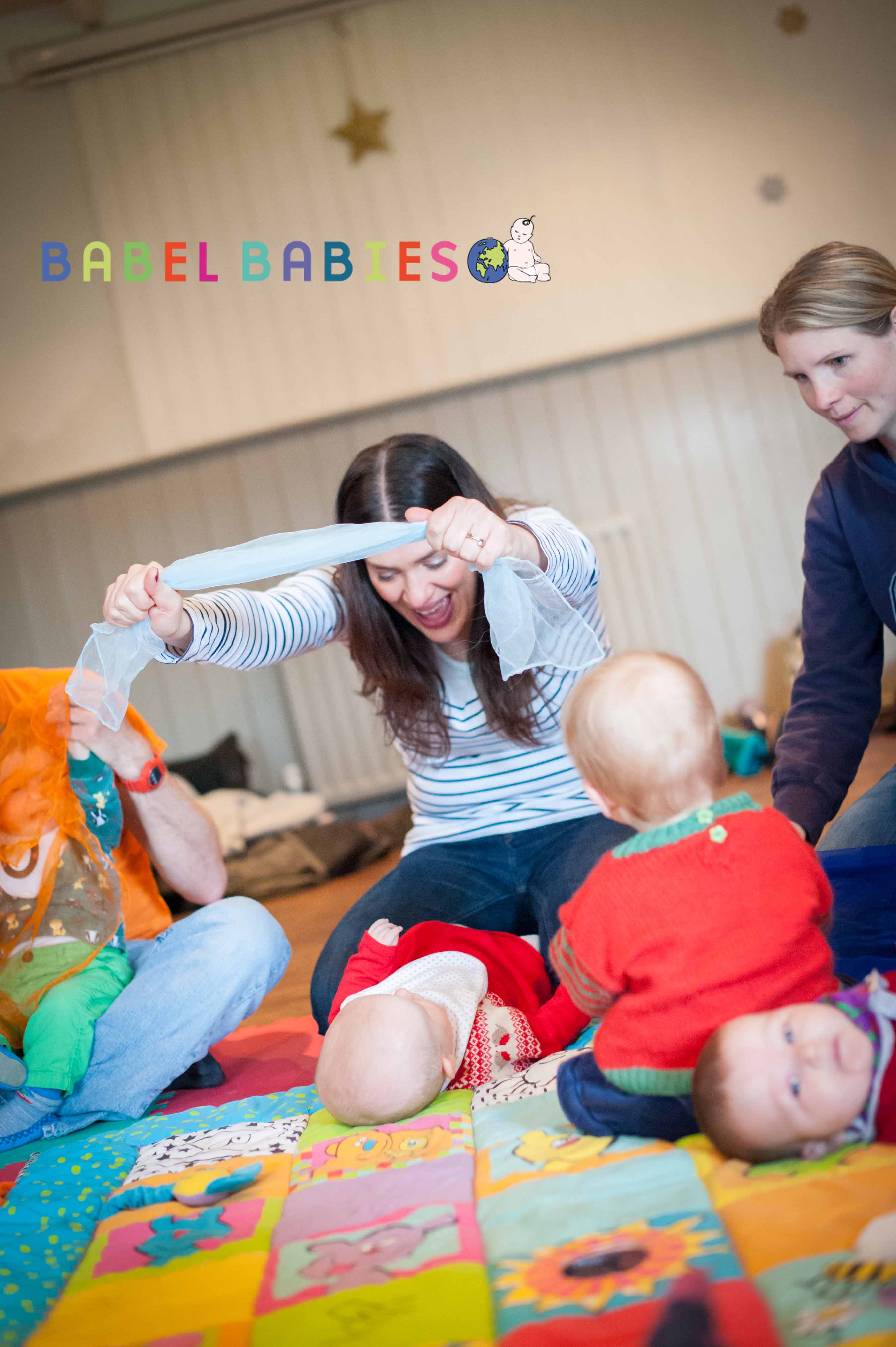 5. What are the most challenging and the most rewarding elements to running classes with babies and toddlers?

The children are wonderfully unpredictable at Babel Babies, that’s half of the fun of it all. Being greeted by a room full of eager little faces saying “Ciao” can be one of the most wonderful feelings. From a baby smiling and giggling as you sing, to a toddler repeating the words you teach, I definitely think I have one of the best jobs in the world.

6. What are your future plans? Do you have any projects you would like to work on?

Great, thank you, we will follow your language revolution eagerly!