My name is Suzannah I am a PhD student in Translation Studies.  I speak five languages (English, French, Italian, Dutch and Spanish) and am learning a sixth (Polish).  You may ask how or why I have learnt/am learning them and what I use them for.  What I will say is that I use them all regularly and they are all a big part of my life.  Actually, I don’t know what I would do without them.  It may surprise you to know, though, that it wasn’t always like this.  There was a time when I thought I wasn’t going to carry on learning any languages at all.  In the end, my circumstances changed and I did carry on – and I’m very glad I did because it changed my life!  This is my story. 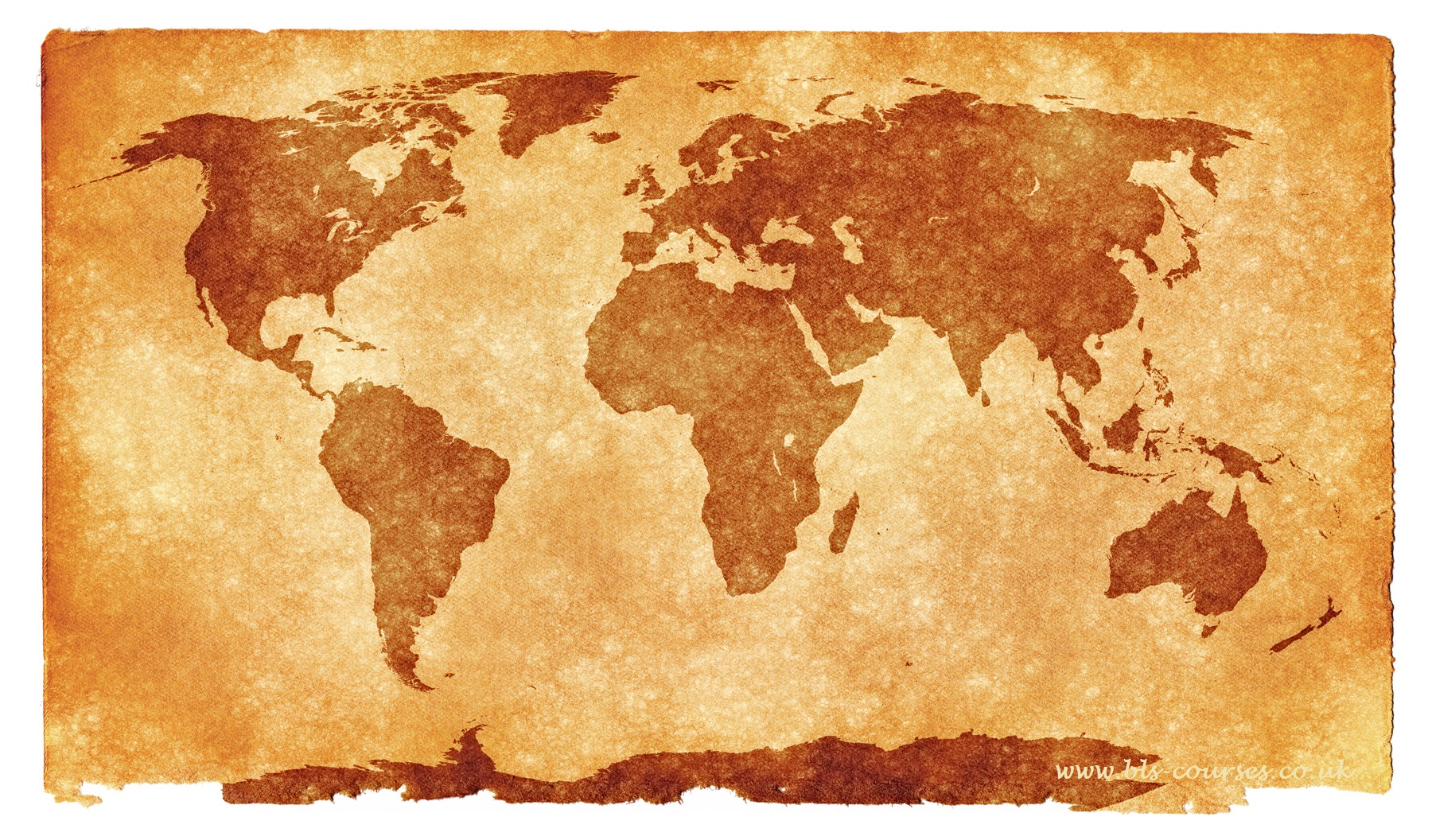 Beginnings
I started learning French when I was little, thanks to my parents having got me to watch a bilingual video about an alien who comes to Earth and learns about human life…  This video was the same story in French and English.  It was easy to follow in French if you had watched the English version (and even if you hadn’t) and the storyline and learning material was very clearly presented.  The best thing about it was that it was fun – it didn’t feel like a chore and I enjoyed watching it again and again.  I was learning without even realising it!
Another early memory is that whenever we went on holiday, my parents always tried to learn a few words of the local language and encouraged my sister and me to try the food and appreciate the places we visited.  I am very grateful to them for having done this because I believe they gave me a positive attitude to new languages and cultures and made learning about new people and places a fun thing to do.  Of course, being on holiday helped make it fun!  This attitude has definitely stuck with me.

School Time
We had French lessons at school from when I was 11 but I feel we only learnt a few set phrases and weren’t really given a love for the language.  Nevertheless, I found I understood things quite quickly and did receive some encouragement from the teacher.  The problem was, learning a language was not seen as ‘cool’ at my school and I actually hid my talent from my peers and pretended I found it as difficult and boring as they did!
I got a good mark for GCSE French and luckily decided to carry on to AS Level.  I thought I was only going to do a year but, thankfully I had a very dedicated and enthusiastic teacher who encouraged us to nurture our talent and used interesting learning material like films and newspaper articles – real life material that real French people used.  That made it more relevant to us and made us see that it was a living language.  I carried on to A-Level and did well in it.
As A-Level students, we had the opportunity to go and stay with a family in France.  My host mother was a wonderful lady, she was very supportive and was really interested in everything we did.  She introduced me to literature and a theatre group she was involved in.  We are still in touch today (almost 15 years later) and I have visited her numerous times.
I still didn’t think I was going to carry on with French and thought I was going to do English Literature at university.  In the end I didn’t get the grades I needed to do English and decided to defer my university entry for a year and reapply.  That meant I needed something to do for a year. A friend of my sister’s had just done a placement in France and suggested I do the same.  She gave me the details of a language school and I contacted them.  They signed me up for a three-month language course and a work experience placement.  I enjoyed the life at my host family’s house less than the time before but I made some really good friends at the language school.  A lot of them were Chinese and it was fun to learn about their country as well as learning French together.  They even taught me a few words of Mandarin!  At the time it was funny for me to think that we were able to communicate with each other through a language that was neither of our first languages.

University Life
Thanks to this placement, which improved my French a lot, I applied to do French and English Literature at a different University.  I was accepted and spent three years there.  The language learning experience depended on how committed you were to learning – there were resources available but you had to use them on your own initiative – but we did learn a lot about French culture and society, which helped us to understand the background to the language we were learning.
I spent my Erasmus year in Paris, France.  Initially, I started a work placement but didn’t enjoy it so enrolled in a university.  That was one of the best decisions I have ever made.  If I had stayed on the work placement, I may have got disheartened but as I went to university I met a lot of people my age and made life-long friends.  I was lucky enough to meet a group of friends who I spent every day with – you can say I was really immersed in French culture!  It was a bit difficult following lectures in French at first but I had a trusty electronic dictionary which gave me the definitions of words I didn’t know and I soon got up to speed.  My friends and I started a Spanish class together as well, which was a fun experience – learning a language through a language that was not my mother tongue!  In the summer after my Erasmus year, I went to stay with a friend in Madrid and did a language course – for fun.  That was great too because of the amazing people I met from all over the world.  We had to use Spanish to communicate with each other so it really helped us learn.

After Graduation
When I graduated, I wanted to get a job using my languages so I applied for internships in Brussels, Belgium.  I started an internship at a European NGO, where I would be speaking French and English.  It turned out that they needed my Spanish too.  Initially, I thought I was going to stay there for six months (you can see that this is a recurring theme!) but then I was offered a full-time job and ended up staying for six years!
Belgium has three official languages, Dutch, French and German (and an unofficial one, which is English!)  I was curious to know what the signs I could see in Brussels said, so I enrolled on a Dutch course.  I complemented my learning by listening to the radio and reading newspapers that were readily available.
After a few years in Brussels, I met a person who ran a theatre group in Antwerp.  I started going to the theatre group every week, and it was there that I met my partner, who is Italian.  I moved to Antwerp to live with him, which meant that I could practice Dutch all the time.  I also learnt Italian through my partner and with his family.  I had to speak Italian if I wanted to speak to them, and I did want to speak to them, so that was useful!  I found I learnt Italian fairly quickly because it is similar to French and Spanish so I could already understand quite a lot.  We have a lot of Italian friends and I speak to them all in Italian.
While still in Brussels, I met a few Polish people through work.  We became friends and I realised I was interested in learning their language.  When I moved to Antwerp, I decided to enrol on a Polish course, not least because I wanted to meet people in my new town.  I also wanted to see whether I was capable of learning a Slavic language.  I had learnt three Romance languages and a Germanic language so learning Polish was (and still is) a new challenge for me.

Back in the UK
I recently moved back to the UK and have carried on learning Polish.  I am finding it a bit more difficult to learn than it was to learn the other languages I speak.  This may be because I don’t have many people to practice with.  Learning my other languages went quite quickly because I was able to practice with people around me and, in some cases, I had to speak because there was no other option!  I think it is important not to be afraid of making mistakes and just speaking – but I am finding it a bit hard to follow my own advice in Polish at the moment!!

The Last Word
As you can see, my reasons for learning languages have been enthusiastic teachers and a positive attitude to language learning on the one hand and friendships and a desire to have new experiences on the other.  Being in an environment that has allowed me to be exposed to the languages on a regular basis has definitely been beneficial to my learning.  Speaking other languages has allowed me to meet lots of wonderful people but it has also been useful professionally.  For example, I do translation work sent to me through people I have met abroad.  The most important part of language learning for me, though, is by far the friends I have made.
I hope you can have a similarly positive experience with learning languages!